Les Misèrables – Broadway By The Bay

There are few musicals as instantly recognizable as Les Miz. From the rousing music to the still visuals of a little girl we are gripped until the very end. I had the pleasure of filming 3 iterations of Les Miz for Broadway By The Bay in the spring of 2015. First is the designer run, the sitzprobe and finally the show itself. The designer run a runthrough with the actors of the show before incorporating technical aspects like set, sound, costumes and lighting. It is the culmination of all of the staging and acting work done up to that point. The sitzprobe is well known as one of the casts favorite days in the entire process of bringing a musical to life, it is the first time the cast gets to perform with the full orchestra. And finally the final promotional film of the last dress rehearsal to promote the show and put people in seats. 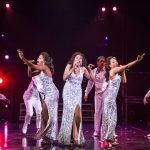 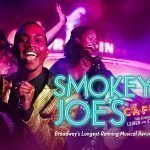