I am a solo filmmaker, so when I film a theatrical sizzle reel or sitzprobe I usually do it by myself during a single rehearsal. I say this so that when you watch the following video you have a better understanding that it isn’t done with a large crew.

To prepare, I research the show in the days leading up to the shoot by watching available videos of the show in addition to familiarizing myself with the story. Then I get a song list from the creatives detailing certain songs I should pay close attention to. I use 2, or now 3, cameras to get the footage needed which I set up with a wide, medium and tight focal range. But one of the most important parts of creating a beautiful sizzle reel truly starts with good audio. If I don’t have that then all the beautiful clips mean nothing if they sound like crap so I always make friends with the sound guys and women. Nothing always goes according to plan so I have to be quick on my feet and ready to adapt. Sometimes there are mic issues and other times I will be operating one camera only to have the other one way under or overexposed or worse, facing an empty area of the stage. But by planning in advance I can keep those issues to a minimum.

With a show like Million Dollar Quartet, the biggest issue was that the show was so much fun and fast paced that it was hard to keep up. However, the finished result was worth it. Special thanks to Broadway By The Bay and this fabulous cast for making my job possible. 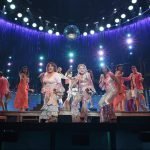 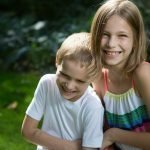